Have you ever heard the story of the Little Engine That Could?

It’s the classic children’s tale of a little train that musters up her faith in herself and, against all odds, takes on an ambitious and seemingly impossible mission to help another train that’s become stranded on a high mountain pass.

At HA!, we feel a lot like the Little Engine That Could! We weren’t always one of the world’s top holistic resources for helping pets live their best and longest lives. When our team of holistic pet professionals came together in 2016, we knew that there was so much more available in terms of healthcare for our companion animals, and many animal guardians did not know that.

This bothered us. A lot.

People who loved and cared for pets just didn’t have easy, trustable access to the education, expertise, community support, and professional advice they needed for making informed choices and taking effective holistic actions.

There wasn’t any centralized hub for learning about the beautiful way that holistic care and conventional veterinary medicine can work powerfully hand-in-hand.

And there wasn’t any authoritative online source for learning how to combine the best of both worlds to give pets a revolutionary standard of care to create the health and happiness that all animals deserve.

We saw a HUGE need, but we were little.

Who are we, we wondered, to think that a business as tiny as ours could make any real difference?

But then we remembered the story of The Little Engine That Could!, and knew that we had to try. We realized that if we helped even only a very small number of animals, that was a difference worth making.

And so we mustered up our faith in ourselves and began our own steep ascent up the mountain, launching the “Holistic Options” school on Teachable with just one course. We weren’t even sure anybody would come, but a few took a chance on us, and that was the beginning of our slow, steady, and ultimately significant growth.

We’re not so little anymore.

Today, our community spans 15 countries with membership across 3 continents, with new members joining every day!

Holistic Actions! is considered by those who have dedicated their lives to animal welfare and advocacy to be an international leader in the fight for creating a better world for pets through taking holistic actions.

Our influence and reputation only continues to grow. It turns out that rather than making a small difference for just a few lives, we’re making a huge difference for thousands, both animal and human. It was a steep climb up the mountain, but it’s been the most rewarding journey we’ve ever taken. 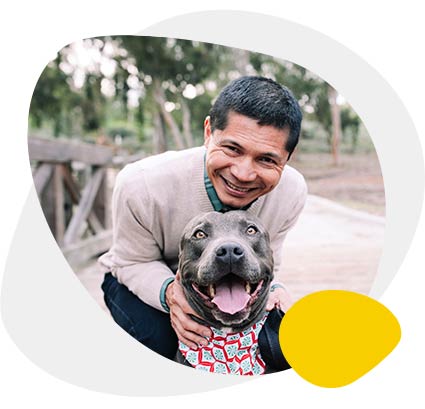 We hope you’ll join us!

Guidance to help your pet live their healthiest, happiest, and longest life! 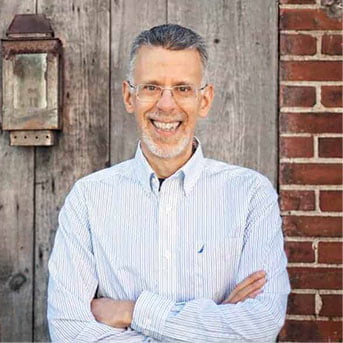 Dr. Jeff is devoted to researching about how to harness the innate power of the individual using Vitality and Balance. He and his wonderful wife Amy live with Vanya and Archie, two rescue pups and a Rex cat named Tigger. 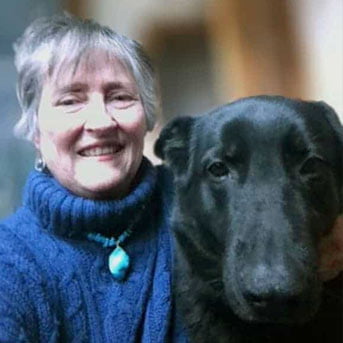 After opening her own homeopathy veterinary practice in 1983, she founded the Academy Of Veterinary Homeopathy and was on the faculty of the National Center for Homeopathy Summer School for ten years.

Dr. Christina is also an integrative medicine adjunct faculty liaison for the Maryland Veterinary Technician Program and lectures on a wide array of topics including integrating holistic options into veterinary practices, as well as guidance on how to choose the best approaches to heal animals and sustainability. 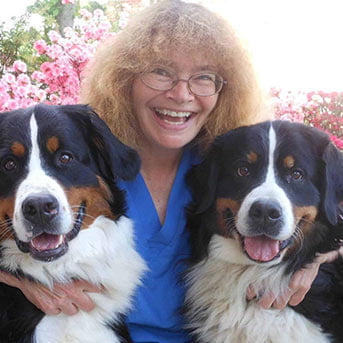 She is involved with the International Association for Veterinary Homeopathy and enjoys combining holistic solutions within her conventional practice allowing for an integrative approach for all her patients.

Besides her practice, Dr. Sarah loves to travel, spend quality time with her husband John and two sons. 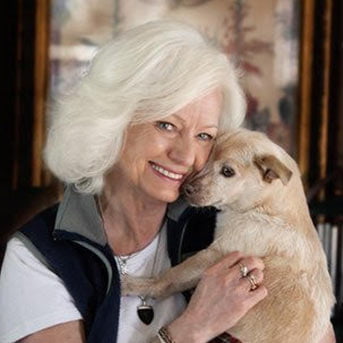 Gail Pope is the Founder and President of BrightHaven Center for Animal Rescue, Hospice and Holistic Education in California. For nearly 30 years her focus has been on helping senior or handicapped animals on a journey of holistic healing, through hospice care and transition.

Gail’s vision for Holistic Actions! is to equip people with knowledge that helps them become more receptive to and understanding of the holistic approach. She believes animals benefit greatly as caregivers embrace more than just symptoms to reach a goal of balancing mind, body, and spirit — at any age. 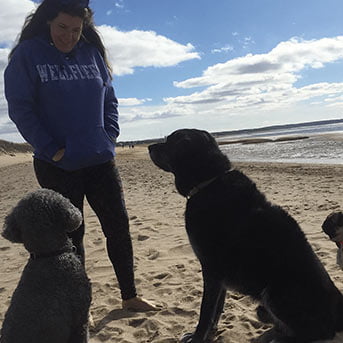 Along with numerous articles, she is the author of the relationship-based training manual, “The Everything Dog Obedience Book.”

After decades of helping pet owners keep their dogs happy and healthy, Jen decided to take time for herself to transform her body, health, and life through holistic practices of her own. She now found her new calling of an Integrated Wellness Coach, helping people transform not only their pet’s lives, but their own lives. 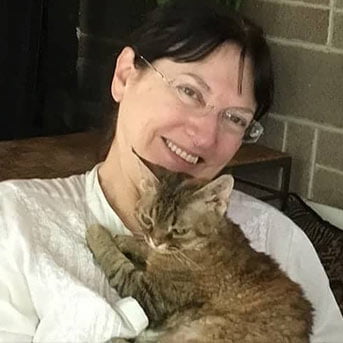 Working with her husband Dr. Jeff since 1990 has taught her to put everything she does into context. She is passionate about teaching pet owners the benefits of varied fresh food feeding, having a clean environment and decreasing toxic elements, and natural healing. Above all, she is grateful to help pet owners be the best they can be for their fur-ever friends.