Grieving Your Pet Before They Die

One of our greatest poets, Billy Collins, US poet laureate, has a wonderful habit of writing poems from a dog’s point of view. In his 2012 poem,  A Dog on His Master, he wrote,

As young as I look,

I am growing older faster than he,

is the ratio they tend to say.

I will pass him one day

and take the lead

the way I do on our walks in the woods.

And if this ever manages

to cross his mind,

it would be the sweetest

shadow I have ever cast on snow or grass.

It is painful to know that our dogs—most of our companion animals, in fact—will die before we do. It’s so soon after we began loving them! It’s not fair!

But as it is the way of the world, many pet-parents start a process of “anticipatory grief” once their dog’s age hits the double digits. This “grieving” is just what it says: It hasn’t happened yet. It’s a jumping-the-gun sadness. We almost can’t help it.

Similarly, older pet parents can be reluctant to take on a young pup or kitty, lest the pets outlive them. This decision, like anticipatory grief, is anticipatory guilt: worrying about not meeting the responsibilities of pet parenting; of leaving pets behind, bereft of their parent’s love. (Queen Elizabeth reportedly decided to stop breeding Pembroke Welsh Corgis in 2015, because, according to a famous dog trainer who had worked with her for decades, Monty Roberts, “she didn’t want to leave any young dog behind.”)

Clearly, “jumping the gun” on what might happen to us, or to our animals, is just one illustration of how central and deep the bond is between us. The queen’s dogs would clearly be taken care of brilliantly but, she knew, not taken care of by her.

We’ll revisit anticipatory grief, because it can be a different experience altogether when a pet’s death really is expected and imminent. Meanwhile, though, when we simply sense that someday we’re going to lose our beloved dogs and cats, we can take our feelings as a wakeup call to love them even more than we already do, and to let them know it every day of their lives. 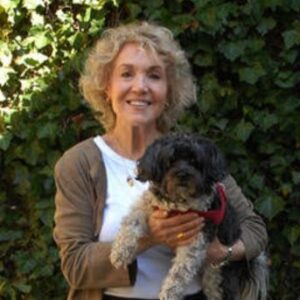 Dalma Heyn, MSW, LMSW, is a therapist, author and certified pet-loss grief specialist, who lives at the Connecticut shore with her scruffy, fluffy Havanese, Luna. Dalma graduated from The University of Southern California with a degree in psychology and English, and from New York University with a MA degree in social work.

Speaking and writing about human intimate relationships for so many years brought her to another kind of intimate relationship: the one we have with our companion animals. Dalma finds that many aspects of this love are woefully underestimated, for reasons she discusses here with other passionate readers on this site. Her mission is to shed light on this important reciprocal love–which she believes can transform the inevitable loss of our pets from an unbearable experience to a meaningful and healing one. Dalma is now available for consultations for our members.