Faced With Making a Medical Decision for Your Pet? Push “Paws” to Ensure a Fairy Tale Ending

Once upon a time, not so very long ago (in the last year, actually), there was a beautiful, golden-haired girl named Sam. Sam’s energy, enthusiasm, and love of cuddling brought joy to everyone who knew her, especially her parents. Sam’s parents took a holistic approach to caring for her. Not only did they consider and care for Sam’s physical health, but also her emotional, social, and energetic wellbeing.

Sam’s parents fed her a variety of fresh foods in just the right combinations and portions to ensure optimal nutrition and weight. Sam was minimally vaccinated, and in her seven years on earth, had only minor health challenges, such as eye redness and ear discharge that were treated by the local veterinarian. (If you haven’t guessed it by now, Sam is an adorable golden retriever.)

But when Sam suddenly began drinking much more than usual, the fairy tale that Sam and her pet-parents seemed to be living almost came to an end. 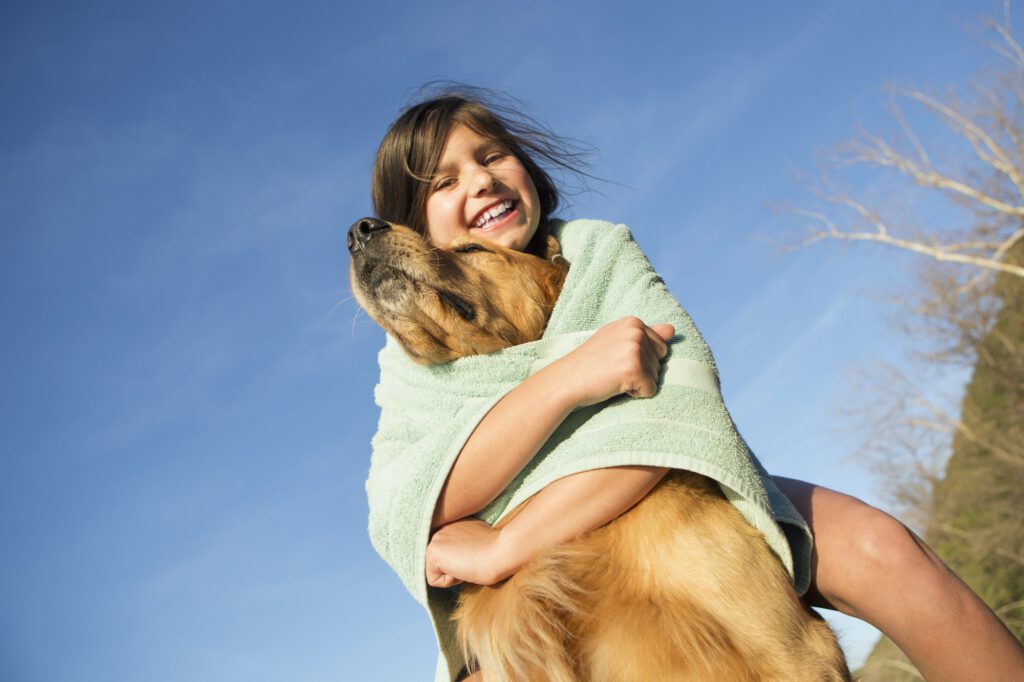 A Small but Highly Significant Symptom

Even though nothing else seemed amiss, when Sam’s parents noticed this sudden change in her behavior, they immediately scheduled an appointment with Sam’s veterinarian.

Sam’s parents were committed to getting the best treatment for Sam, though at this point, they weren’t yet sure what the problem might be. But they also wanted to do the best for her.

At the vet, nothing of note was found during Sam’s examination, so the doctor drew some blood and collected some urine to be sent out to the lab for testing.

Sam was sent home with anti-biotics, with instructions to administer them twice daily. Intuitively, something about this didn’t sit right with Sam’s parents, so they decided to wait until further test results came back before taking action.

Two days later, the vet called with the test results. Everything looked fine except for one elevated enzyme called the serum alkaline phosphatase (SAP).

The test result, he said, was just a clue to what was happening in Sam’s body and nothing to worry about.

The vet told Sam’s parent’s that her increased drinking and SAP could be early signs of Cushing’s dis-ease. The test result, he said, was just a clue to what was happening in Sam’s body and nothing to worry about.

He recommended that Sam be seen in six months for reevaluation, and encouraged Sam’s parents to begin the antibiotics he’d prescribe for her, “just in case of a hidden infection,” assuring them this course of action couldn’t hurt anything and might actually help in some way. Once more, this advice didn’t sit right with Sam’s parents.

Pushing “paws” means being mindful, and being mindful means taking the time to look deeper, to put yourself in a position to skilfully respond rather than blindly react. Sam’s parents were mindful before proceeding with the recommendations they’d been given.

This is a critical step before making any medical decisions for non-life-threatening problems. It involves research into potential treatment interventions, unbiased education on alternative models of health,, and networking with other pet parents and professionals. In most cases, it will also involve obtaining a second (and in many cases, a third) opinion from a holistic clinician on the accuracy of a diagnosis and the wisdom of pursuing a particular treatment option.

A Different Way of Looking at Things

Sam’s parents had been scouring the internet for insight into her symptoms and how they could potentially be interpreted in ways that differed from the opinion of their vet. One of the things that stood out to them was an approach that promoted proactive prevention rather than reactive treatment.

In other words, what had caught their attention was the idea that getting Sam the best treatment possible wasn’t just about addressing her symptom and keeping an underlying problem at bay, but rather about promoting the healing power of Sam’s own system. This approach was about creating a whole new level of balance and vitality for Sam that would not only improve the quality of her life but also make her much more resistant to any form of dis-ease.

Sam’s guardians approached their vet about taking a closer look at Sam’s symptoms to perhaps generate some alternative explanations for what might be going on. The vet once more assured them they had nothing to worry about. “But,” he told them, “if it will make you feel better, you can consult with an internal medicine specialist.” With that, Sam’s parents made an appointment for the following week.

After the consultation with the internal medicine specialist, the internist agreed that a better understanding of Sam’s problems was indicated. But since the examination yielded no new clues, further diagnostic testing was needed. The testing costs in this case would run $650. “Hopefully,” the internist told them, “they will be useful.”

The Dawning of New Realizations

Because Sam’s parents had been doing their homework and had been exposed to a new way of thinking, they returned home with some dawning realizations. Though they weren’t sure what the next steps might be for Sam, many new things were suddenly registering for them. First and foremost, they registered that the clinicians they were working with were limited to a very narrow model of health. This model looked at symptoms and solutions in a very “cookie-cutter,” “paint-by-numbers” fashion.

They didn’t look at the bigger picture of Sam’s life.

Those working from this model seemed to have no awareness of, or at least no trust in, the wealth of clues that could be collected by bringing the right questions to bear. In short, they didn’t look at the bigger picture of Sam’s life. It lacked robust information-gathering protocols to guide individualized treatment approaches and comprehensive treatment plans.

It also struck Sam’s parents for the first time that it was odd that they, those closest to Sam who knew her best, were not looked at as collaborative partners in discovering what was really going on with Sam. In fact, it put them in a passive position that often brought them to the verge of feeling powerless. Last, they realized that this narrow model looked at Sam’s body like a broken machine that needed to be fixed with drug-based tinkering rather than a living system with immense intelligence and self-healing capacity that needed to be tapped.

Sam’s parents realized that if they weren’t careful, the interventions they were being prescribed had a good chance of making whatever was really going on with Sam even worse, putting them on a “misery-go-round” of ever-worsening symptoms and increasingly aggressive interventions, including surgery. This wasn’t a ride they were willing to take.

The parent of one of Sam’s friends had just consulted about some of her own concerns with a conventionally trained but holistically and homeopathically-oriented vet in another state. Though it seemed odd to Sam’s parents that their fellow pet parents had consulted with a vet in another state with such unusual credentials, they’d come to the point that they were ready to look for help in new places.

When Sam’s parents consulted with this vet, they couldn’t believe the difference between the integrative, holistic approach he offered, and the narrow model they’d always encountered. Not only did they feel like they were being looked at as active collaborators rather than passive participants, they felt that Sam’s innate healing power was finally being taken seriously in a way that could ensure her happiest, healthiest life and future.

The holistic vet assured them they could trust both external (outwardly visible) and internal (inwardly detectable via medical testing) symptoms. Together, he explained, these symptoms could provide reliable clues that could be accurately interpreted to guide sound holistic actions and effective treatment interventions. He provided extensive yet easy-to-understand information-gathering protocols for collecting clues that, with his professional support, could enable Sam’s parent’s to promote the healing power of her own system.

Not only did they feel like they were being looked at as active collaborators rather than passive participants, they felt that Sam’s innate healing power was finally being taken seriously in a way that could ensure her happiest, healthiest life and future.

This approach left Sam’s parents feeling more empowered and hopeful than ever, but the question remained, would it actually help Sam?

Remember Sam’s elevated SAP levels that Sam’s conventional vet told her parents could be early signs of Cushing’s Disease? A primary treatment goal for Sam was to naturally normalize her SAP and reduce her excessive drinking. (Since the excessive drinking was a clear sign that her system was out of balance.)

Using the information-gathering protocols they’d been given and professional support from the holistic vet, this collaborative effort led to an individualized treatment plan for Sam. Based on clues from Sam’s own body about how her system was responding, her progress was monitored and adjustments were made as necessary. Four months later, when Sam came in for her semi-annual wellness check, she was doing incredibly well. Her externally observable symptom of water consumption was back to normal, and her internally detectable symptom of elevated SAP was dramatically reduced. 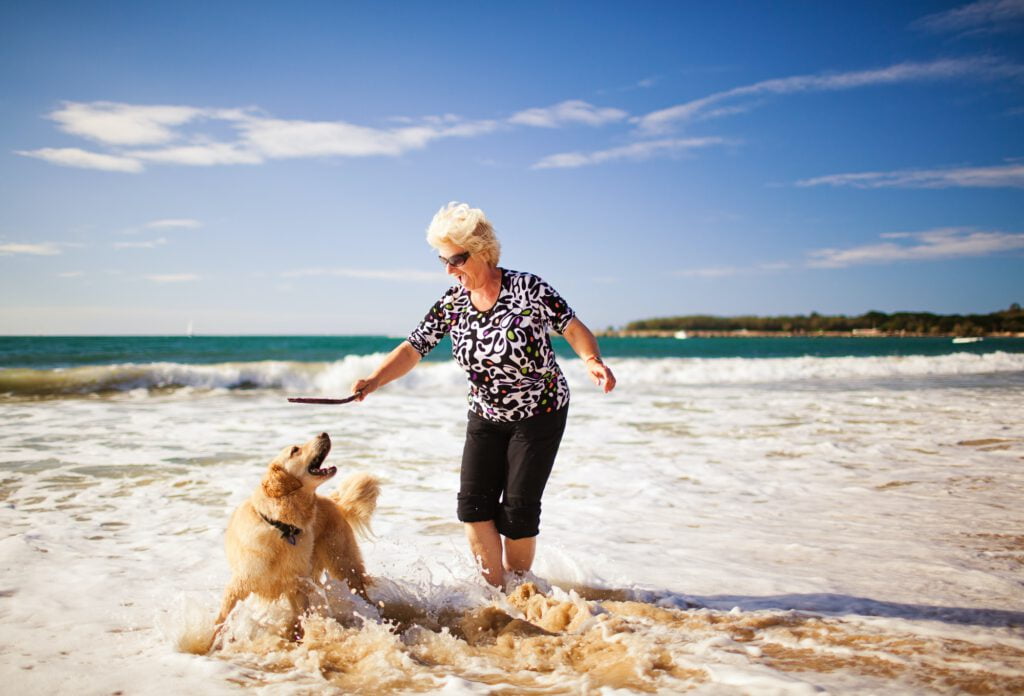 You and Your Pet Can Have Your Own Happy Ending

Everybody wants a happy ending! Just like Sam and her parents, you can promote the immense healing-power of your pet’s own system. You can confidently do this without the use of toxic drugs, unnecessary surgery, and other aggressive interventions that run very real risks of generating even worse dis-ease in an attempt to treat it.  By learning to trust your pet’s internal and external symptoms and use them as reliable clues for taking holistic action, you and your pet are that much more likely to have many happy, healthy, wonderful years together.