Magnesium, Energy, Kidney Disease and the magic of E-Lyte

I promised Dr. Jeff that I would get a post going regarding my 18 yr "young" cat Riley. He has been showing signs of kidney decline for a few years now. Since this isn't my first go around with kidney disease in cats, I have really been on top of Riley's situation. Dr. Jeff has taught me many great things over the years. The one about "if the cat is interested in it...let him have it" always sticks with me. About 3 weeks ago, I was sitting on the couch after a workout drinking E-Lyte which is made by a company called Body Bio. It is great electrolyte drink that has very simple ingredients. Magnesium, potassium, and sodium are the three simple ingredients in E-Lyte. As I was drinking the E-Lyte Riley came over to me and acted interested so, I tipped the glass and what do you know, Riley took a big drink. I promptly put out a bowl and the rest is history. Riley drinks about 8oz of E-Lyte a day. His BEAM has completely changed. His eyes are bright, his eye discharge is almost non-existent, his coat is soft and hydrated, his has been interested in being a little active (playing a bit), having an easier time getting up and down, his appetite is back and so much more. I was starting to have to give Riley some fluids about 3 days a week to support him. He was not exactly being cooperative with getting fluids. Since Riley has been drinking E-Lyte there has been no need to support him with fluids! My sisters cat who also has kidney disease is now drinking some E-Lyte as well. I have several other kitties that also take a sip on some E-Lyte throughout the day. Without a doubt, E-Lyte and its very simple ingredients has been a game changer in our family.

Thanks so much for starting this thread. ?

Since we had this Mg experience with Riley a few weeks ago, I have seen the same BEAM and energy improvement a few more times in kitties.

It's awe-some to see improvements like this just with simple nutrients like magnesium or tools like the snuffle mat that increase cellular energy and promote healing.

Just today Francine wrote about her older Siamese kitty Zoe who is also happily drinking diluted E-Lyte and has more energy and is doing better than ever.
Dr. Jeff

Here's excerpts from what Francine wrote:

Since E-Lyte has been added to her water, she is drinking more...

now she is letting me know she wants to eat (comes up to me and meows). She is first to bound upstairs when meals are served...

She runs up/down the stairs in the morning several times (in the past this did not occur)...

she is more energetic than I can remember...

Her sneezing and coughing is so much better...

as you saw, her belly hair has grown back...
Click to expand...

Well this all sounds wonderful! It’s so nice to hear a happy story,,,and one that was guided by the patient and easy to do!
Wondering, dr Jeff, is this combination ok for pooches too?
Carol L

In fact I just recommended it for Daphne who is having difficult seizures and unusual behavior.

The snuffle mat is also another great way to increase Emma's internal energy.

Daphne is also using a snuffle mat which reduces bedtime symptoms so her guardian can get some sleep.
Dr. Jeff

@Dr. Jeff - ok to give to Koby with this much salt content?

Thank you for asking Christine!

And the answer to your question is yes.

Comparably, chicken and beef have over 100x that amount. 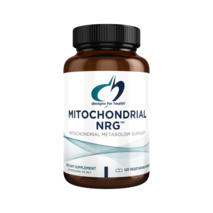 Thanks, @Dr. Jeff for the clarifications and the suggestions on supplements

3) Supplements for Koby's heart health:
3a) You suggested Formula CV by Rx Vitamins (Formula CV-heart support #90 - HomeVet). however, I am currently giving him,
3b) Standard Process Canine Cardiac Support (Standard Process - Canine Cardiac Support) every other day,
3c) I also have a bottle of Thorne Research's Bio-Cardio (Bio-Cardio: Discontinued) which I had stopped giving because Koby disliked the taste...but if you think this is the most suitable for him, I can try putting him on this daily again.
3d) Ubiquinol 200mg per day.
3e) Omega-3 in sardine, 3 times per week. [SmartZyme did not work well with his tummy, unfortunately.]
3f) 3 air-dried anchovies treats - in snuffle mat!

Looking at the ingredients of these supplements, which would you suggest I give him? I certainly do not want to overdo it with supplements.

Thank you so much!

I found it on your online shop! Mitochondrial NRG™ 120 vegetarian capsules - HomeVet

@Dr. Jeff - how much E-Lyte water should I give to Koby per day? He likes it ?

Question: Is it OK to put E-Lyte into water that we bring to a boil?
I'm heating up some water to add to their meal to help warm it up and add a little more water to their diet. They eat it all, just don't want to be neutrolizing the benefits of E-Lyte. thanks
Donna Reed, Tennessee

called the E-lyte company and they said that warming the electrolytes will not be a problem as long as it is below 110 deg F. You mentioned boiling but I am not sure if you meant that since you are warming the food.

Thanks for calling Body Bio about E-Lyte. I'm glad they were helpful.

Sera, my cat, has two different watering stations. One is just a bowl of spring water. Is it OK to add E-Lyte to Sera's water fountain? I change the water every few days. Or would it be better in the bowl of still water? Sera has kidney disease. I want to be sure the phosphate in the E-Lyte isn't going to be a problem. Thanks!

Yes, add it to any bowl or fountain!

You are very wise to watch the phosphorus content of Sera's diet.

The sodium can be a concern in kidney and heart dis-eases but the diluted amount consumed is very small.
Dr. Jeff

Thank you! I'll get a bottle and let you know how we do with it. I have another somewhat related question. Sera suffers from occasional constipation or very dry stools if she doesn't drink enough. Can this product help constipation? When stressed she won't really eat or drink. We had workmen in the house for a full day and Sera hid in a bedroom closet and wouldn't consume much at all. Now she is very constipated with vomiting and unable to pass stools. She is drinking a little water from the fountain and broth from chicken and beef/beans. Not enough but some. Should I look for this product today at a local store or what would be better?

Yes. One of the benefits of vitality-building and increasing cellular energy is that every abnormal symptom improves.

This is the great effect from feeding fresh, breathing fresh air, exercise, interaction with you and the environment, and then preserving that vitality/energy by avoiding drugs, toxins, etc.
Dr. Jeff