Doggie Dementia - Does your dog have signs?

Hi Francine, Happy to have you chime in! Dr. Jeff recommended it quite a few years ago. But my Katie had some success with it.

lizkunz said:
Dr. Jeff, you had recommendrf Lions Mane for Katie. (Amyloban 3399) Do you still recommend?
Click to expand... 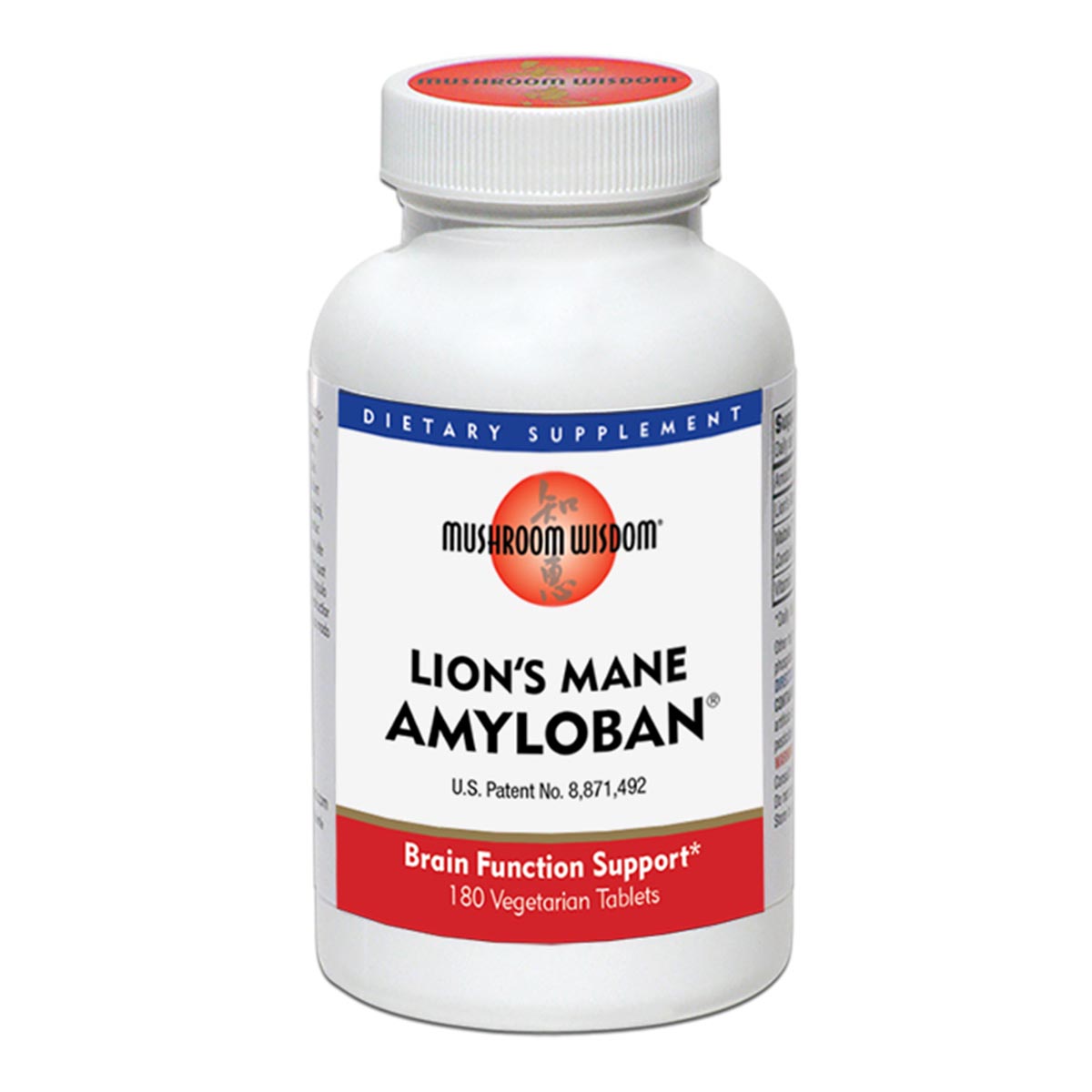 lizkunz said:
Hi Francine, Happy to have you chime in! Dr. Jeff recommended it quite a few years ago. But my Katie had some success with it.
Click to expand...

Thanks. May I ask what was her diagnosis, symptoms and results?

Dr. Bredesen is having amazing results for people with Alzheimer's by removing dietary obstacles, optimizing lifestyle and cellular energy. 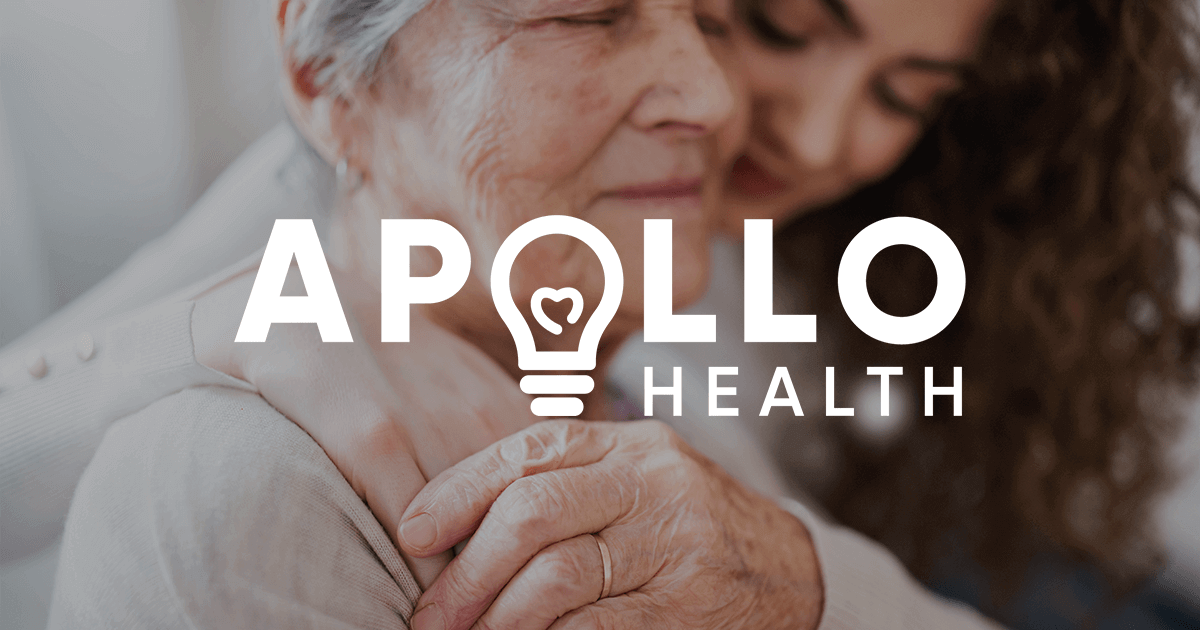 ReCODE and the Bredesen Protocol improve cognition and reverse cognitive decline with documented improvement in hundreds of participants.

This is just one of the wonderful One Health-One Medicine connections that are being made!
Dr. Jeff

ReCODE and the Bredesen Protocol improve cognition and reverse cognitive decline with documented improvement in hundreds of participants.

This is just one of the wonderful One Health-One Medicine connections that are being made!
Click to expand...

Dr. Feinman, yes Dr. Bredesen has amazing insights to offer and he and Dr. Newport have given me wonderful interviews for the book that translates to helpful information for our dogs.

Is Dr. Bredesen a dog lover? As you know, I love talking with anyone who wants to chat about the vitality and balance that helps both pets and people to be their best!
Dr. Jeff

Is Dr. Bredesen a dog lover? As you know, I love talking with anyone who wants to chat about the vitality and balance that helps both pets and people to be their best!
Click to expand...

I'm not sure about the dog lover, but he is so enthusiastic about using techniques to halt, stop and even reverse Alzheimer's that I had to speak with him about his work. Here is something he said you may find interesting, "


To sum up. Dr. Bredesen stated, “I do hope that a similar approach to what we have developed for humans with cognitive decline, or risk for decline, might be effective for dogs, especially in the early stages, but as you know, I am not trained as a veterinarian. My training is in neurology and neuroscience. So, I wonder whether it may make sense for a veterinarian to learn about our protocol? We have all sorts of practitioners taking our training now, from neurologists to dentists to health coaches to primary care physicians, etc.; then hopefully they can develop something appropriate for dogs!” ​

Dr. Bredesen regularly lectures and provides educational seminars all over the world to share his approach to end the global burden of dementia. For more information, you can email media@ahnphealth.com and also visit: https://www.apollohealthco.com.

Do you communicate with him through the media email address you sent?
Dr. Jeff

I have also seen research supporting the use of supplemental choline for doggy and kitty dementia/cognitive dysfunction. Choline is one of the nutrients most likely to be deficient in homemade diets.
Jean Hofve, DVM
www.littlebigcat.com
Certified Cat Friendly Veterinarian
Certified Reiki Master Teacher
Certified Master of Crystallogy

Here's a nice summary of supplements for CCD: 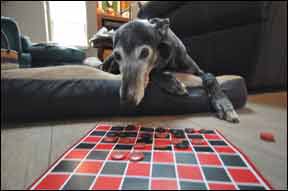 These neutraceuticals may offer hope for treating Canine Cognitive Dysfunction

These neutraceuticals may offer hope for treating Canine Cognitive Dysfunction

It is so good to see so many products related to helping dogs with CCDS. Hopefully awareness of this disease in dogs will become more and more and products to halt, stop and prevent will become the norm...I hope my book can also help in that vain!
Last edited: Nov 14, 2021

Detecting Cognitive Dysfunction in Dogs
As dogs get older, physical signs of aging can become obvious while cognitive decline may be more subtle. Canine cognitive dysfunction syndrome (CCDS) is a form of cognitive decline in dogs that shares similarities with Alzheimer’s disease in humans, including the development of amyloid plaques in the brain and cortical atrophy, or degeneration of brain tissue that gets progressively worse.1
However, because there is no specific diagnostic tool or test to reveal if a dog has CCDS, it’s considered a “diagnosis of exclusion,”2 meaning a veterinarian will conduct a physical exam and collect a full history of signs and symptoms from the dog’s owner. If other physical conditions are ruled out, and the symptoms match those of CCDS, a diagnosis is made.

“One problem with the current approach is that questionnaires only capture a constellation of home behaviors,” said Natasha Olby, who recently conducted a study on the topic.3 “There can be other reasons for what an owner may perceive as cognitive decline — anything from an undiagnosed infection to a brain tumor.”4
Olby and colleagues with North Carolina State University set out to determine whether cognitive function could be quantified in aging pet dogs. Their study involved 39 dogs from 15 different breeds, which were either in the senior or geriatric age rage.
While the owners filled out diagnostic questionnaires — including the Canine Dementia Scale (CADES) and Canine Cognitive Dysfunction Rating scale (CCDR) — the dogs participated in cognitive tests to assess executive function, memory and attention.
Physical and orthopedic exams were also given and blood tests were conducted to measure neuronal death. It turned out that the cognitive tests and blood test results correlated with the owners’ questionnaire scores, suggesting that the combination multi-dimensional approach may help to quantify cognitive impairment in dogs.
“The approach we took isn’t necessarily designed to be diagnostic,” Olby said in a news release. “Instead, we want to use these tools to be able to identify dogs at an early stage and be able to follow them as the disease progresses, quantifying the changes.”5
The data could also help to shed light on Alzheimer’s disease in humans, including how the disease progresses and potentially testing new treatments. Olby explained:6

“Being able to diagnose and quantify CCDS in a way that is clinically safe and relevant is a good first step toward being able to work with dogs as a model for Alzheimer’s disease in humans. Many of the current models of Alzheimer’s disease — in rodents, for example — are good for understanding physiological changes, but not for testing treatments.”
Click to expand...

Signs and Symptoms of CCDS​

CCDS is common in older dogs, affecting an estimated 28% of 11- to 12-year-old dogs and 68% of 15- to 16-year-old dogs.7 However, its symptoms mimic those of other conditions that can also become more common with age, including endocrine diseases, seizures, musculoskeletal conditions and gastrointestinal problems.
The acronym DISHAL can be used to help remember the specific signs linked to CCDS. These symptoms will typically start out gradually and become progressively more severe. If you notice any of these, visit your veterinarian to rule out other health problems and receive a definitive diagnosis:
1. Disorientation, including staring at walls or floors or getting stuck in odd places, like behind furniture
2. Interactions, especially those that are abnormal, such as aggression, irritability or changes in frequency of social interactions with familiar family members and pets
3. Sleep-wake cycle changes, including sleeping more during the day or difficulty sleeping at night; changes in sleep-wake cycle are often among the earliest signs of CCDS
4. House soiling, such as urinating inside the house right after they were let outside or not letting you know when they need to go out
5. Activity changes, which may include decreased activity or increased repetitive activities like walking in circles. Anxiety may make activity changes worse
6. Learning difficulties/memory loss, such as having difficulty performing tasks they once knew or learning new tricks


Caring for a Dog With Cognitive Decline​

While there’s no known cure for CCDS, dogs that have it tend to live just as long as dogs experiencing healthy aging.8 Care is therefore supportive and aimed at keeping your pup comfortable, safe and as healthy as possible during their older years.
Keeping a regular routine is important for dogs with dementia, so strive to keep meals, walks and bedtime/wake time at the same time each day.
A species-specific (low carb), minimally processed nutritionally balanced diet that is rich in healthy fats, including omega-3 fatty acids (DHA and EPA) and healthy functional fats that nourish the brain, such as MCT oil, is very important for cognitive health, while nutraceutical support can also be beneficial for dogs with CCDS.
I recommend 1/4 teaspoon of coconut oil for every 10 pounds of body weight, added daily to food, along with a source of methyl donors, such as SAMe (S-adenosylmethionine), which can assist in detoxification and reduce inflammation. Other supplements to consider include:
Scheduling a senior pet wellness screen for your dog is also highly recommended to detect early changes in your dog's health so that treatment, including appropriate lifestyle changes, can begin immediately to support optimal wellness and longevity.

Thanks for sharing the article Julie.

All that info. and a lot more is in Francine's great book!

I wonder what's being measured to assess that?
Dr. Jeff

Julie W. said:
I have a 14 1/2 year old ESS. He has PRA and he can no longer hear. He has had some personality changes over the last year which seems to me to be caused by not being able to see. I do not think he is demented. I notice he has less interest in other humans. As long as he knows where I am he is happy. Sometimes he can get stuck places because he can not see but he can get himself unstuck, mostly. He no longer barks. He has a lot of vitality and a strong will. He seems happy. I hope he lives until he is 16. I will update you if I see any additional changes.
Click to expand...

We used scent for our Springer who had vision issues. Any consistent scent to set pathways helped her move about easier, which may help with confidence. I am a big fan of chiropractic in older dogs to keep all the nerves communicating as well as possible. Engagement contributes to happiness, so finding a way to play or engage him-probably through scent, maybe tracking some high vale treats may help him become more engaged. Hope this helps

Thanks so much for sharing Missy! I hope that you're well.
Dr. Jeff