Not sure exactly which folder this belongs in -- probably a new one on the issues associated with gonad sparing sterilization operations, both behavioral and health -- but I'll put it here until someone starts the appropriate folder.

Having grown up in the 'modern' age, the last intact female dog I ever had as a family member was back when I was about 4 years old, so I really need some advice. So far, I have a vasectomized male, Merlin, and an 8 month old (maybe slightly older) intact female, Kaya. I have no idea if Kaya is getting close to being "in season" or not, as I got her when she was about 7 months old, so I haven't seen Kaya and Merlin together during a time when she was most definitely NOT near being "in season". I can tell you that Merlin tries to mount her multiple times a day, and sniffs and licks her "female parts" much of day. Kaya resists being mounted, but she's definitely not very upset at him. And they do both settle down for periods during the day, as well as at night. Confusing the issue is that Kaya may still have some red blood cells in her urine from her (hopefully healed) UTI and maybe stress-induced bladder inflammation. Merlin may be reacting to the blood in her urine, if this is the case (and I really don't know, yet, as her first appt. with the new vet isn't for another month).

So...for those of you who have had a vasectomized male and a non-spayed female in the same house, what do you do, if anything? Do you keep them separated? Let them work it out (since there will be no puppies)? Apply some other means to give the female a break from the male's attentions? I can tell you that my dogs really don't like to be separated. Even training them separately for 10 minutes at a time is sometimes difficult, as the dog who is left out of the activity will make a bit of a fuss, and the other will respond.

I would like to have an ovary sparing spay done on Kaya, but I want to know what I'm getting into, first.

www.facebook.com
both have a lot of information, including experiences of people in your situation.

I would not allow any dog to breed without supervision. Dogs have obviously been managing on their own for thousands of years, though those are typically not dogs who have people who care about them. During coitus, part of the male's penis swells up inside the female's vagina to produce a copulatory tie. During this tie, if the dogs are startled, damage can occur to the penis or vagina, including vaginal tears and herniation, and penile tears or fractures. If a male is much larger than a female, the act of coitus may tear her vagina, though this is not that common. Both parties can also have musculoskeletal injuries from the vigorous thrusting and mounting. There are plenty of ways they could hurt themselves during a completely natural act. For a more complete description of canine coitus: 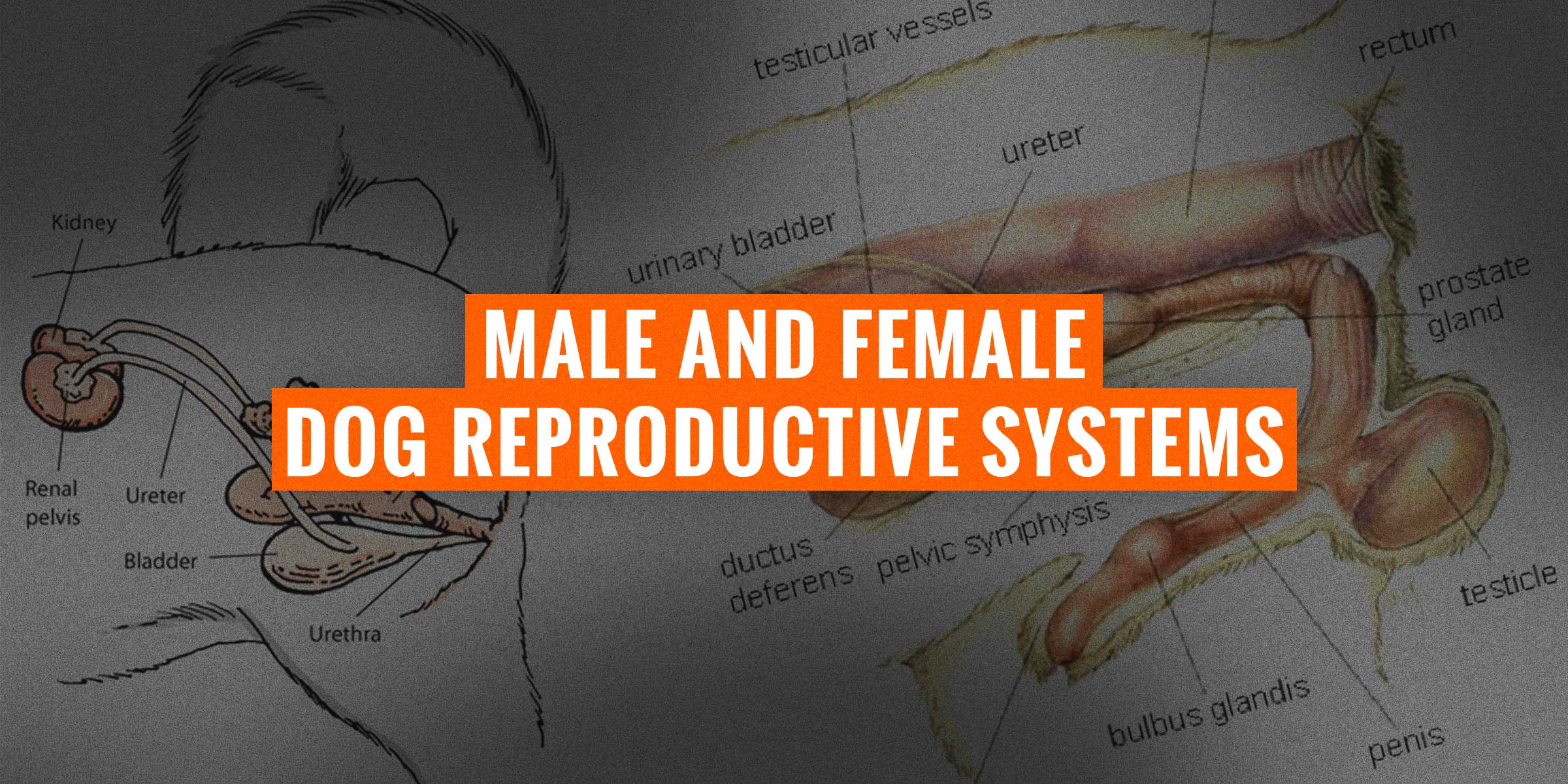 Male and female dog reproductive systems are interlinked systems of sex organs and hormones working together to power sexual reproduction.

I am not saying that you must keep them separated all the time, but it would be prudent to separate them when you are not able to observe them. I do know some people who allow their OSS bitches and vasectomized males to have recreational sex with supervision. I would not allow coitus with unknown dogs, as there are significant venereal diseases in dogs, such as Brucellosis and Transmissible Venereal Tumours. Before mating, all dogs and bitches should be checked for Brucella.
Best,
Dr. Sara

Thanks for your great question Alyson and for your super fast and helpful reply Dr. Sara.

Alyson, the only thing I'd add is a recommendation to watch Dr. Sara's wonderful neutering course (if you haven't already).

It's available when you log in to your member dashboard (click on the link at the top of this page which says "back to HA resources").
Dr. Jeff

I have watched the course, and Kaya's reactiveness to people (definitely fear) is one of the reasons I'm keen to leave the ovaries in place (goes without saying I'm also working on socializing her). The uterus will definitely be coming out. If I have a complete spay done, I'll want to wait until she's gone through a couple cycles, just to be sure muscles/joints/bones are fully developed.

Dr. Sara, thanks much for your useful response! Currently, Kaya's not letting Merlin complete the act, so this is timely information. I did check through the FB pages briefly, and it seemed people were "discouraging" their male dogs, and that was enough. I'll have to see if any have a "what to do if...". Our backyard is 1/2 acre, and the two dogs spend a *lot* of time outside, though their favorite spots are within view of the kitchen window. I am concerned that I'll come to the realization that the real deal is about to happen a little too late. Sounds like I should just let nature take its course in that case. Kaya and Merlin are pretty evenly matched -- both at about 60-70 pounds -- so at least he's unlikely to hurt her because of mismatched penis/vagina.

I'm happy to say that unless there's a dog I don't know about within 1/2 mile of the house (Kaya's current walking distance), it's highly unlikely I'll need to worry about a male interloper. There is a border collie down the road who is allowed out of his fenced yard, but he'd have to get *over* our 5 ft. high fence *and* past Merlin, neither of which is likely. Also, the people who own him are fairly watchful. He'd be the only problem that I know of (and thankfully he's much smaller than her).

It's rare that the dogs are left unattended (ah the joys of retired life), but I'll take your warning not to leave them unattended to heart once things start to get going. I'm also going to support Kaya whenever she says, "enough!" If Merlin gets too persistent, I'll have to figure out how to separate them (oh joy) -- and then she'll have to be fully spayed when the time comes, sigh...

Well...if I don't find all of the answers to my questions on the links referenced above, I'll be asking here. Thanks!
A

OK... I'm being driven crazy! I don't think Kaya's even in season yet, but Merlin is acting like a love-sick teenager. This morning they awakened me at 6 am (I'm retired, so this is EARLY!). I tried separating them by shutting Merlin out of the bedroom, but then he just squealed and interrupted my sleep, so that didn't work. When I went to the door to try putting Kaya out of the room instead, she came with me and welcomed him back. She's clearly encouraging him, at least to some degree. She's also REALLY HUNGRY! I know her hormones are raging, since she's about 9 months old, now.

Anyway, if it's this bad when Kaya's NOT in season, I don't know what I'm going to do when she is. My question is... has anyone had their dog neutered later in life? Merlin is now 4 1/2. While I like is energy and all, this constant pestering of Kaya is driving me up a wall! The only dog I've had that didn't die of cancer, was my first dog -- and he got the bad food(Kibbles and Bits, Gravy Train and, later, Cycle), extra shots, flea and tick medications -- all of the things that are supposed to facilitate cancer. And yet, he lived to be nearly 14 and died of spinal myelopathy. But...he was neutered at around the age of 2 years! And all of my other dogs were neutered in the 1 year range. My main reason for not neutering Merlin is to try to avoid cancer. So...what are the cancer stats for a dog neutered between, say, 2 and 5 years of age?

Or, is there a way to ease Merlin's hormonal frustration?

Sorry to hear about Merlin's Kaya obsession (and her egging him on).

Yes, older age neuterings are OK. Especially in situations like this.

However it's important for you to know that this behavior should stop but may not stop from neutering.

It may instead be a behavioral clue to the need for an underlying energetic imbalance that needs to be addressed first with homeopathy, TCM or Ayurveda.
Dr. Jeff

Well... Merlin did live with Magic (spayed female) without driving any of us crazy.

This morning things were better, but then, the dogs did go outside almost immediately after getting up. I suspect the vet they're going to go see on Friday won't have an appt. open for quite a while, so I'll make the appt. for neutering and decide when I get close to that time as to whether or not to keep it.

All that said, I think some males are just 'randier' than others. We had a male rooster that was shredding the shoulders of our hens. In fact, he killed one of them. We put all of the roosters in a separate pen, and he was the only one who got out -- and got out constantly. When we slaughtered him, we noticed his testicles were about the size of the largest type of marble. Huge! We haven't had a problem with the roosters since getting rid of him!
You must log in or register to reply here.
Share:
Facebook Twitter Email Share Link